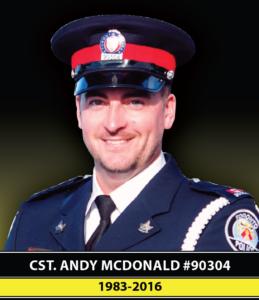 Cst. Andy McDonald of the Toronto Police Service lost his battle with cancer on March 14, 2016, in his 33rd year.  Shortly after his passing, his colleagues at 31 division played in their first HK tournament in Andy’s memory.  During our closing ceremonies, Toronto Police Service and Peel Regional Police did a jersey swap in Andy’s honour and all participants bowed their heads for a moment of silence. 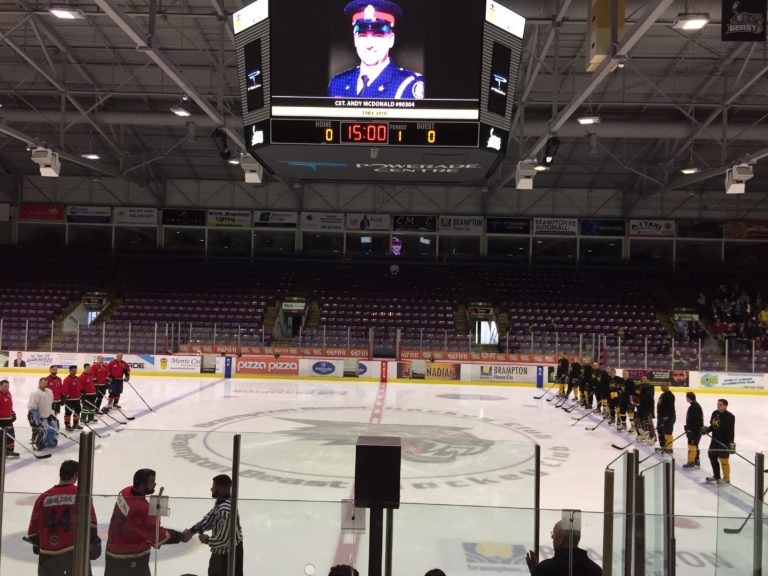 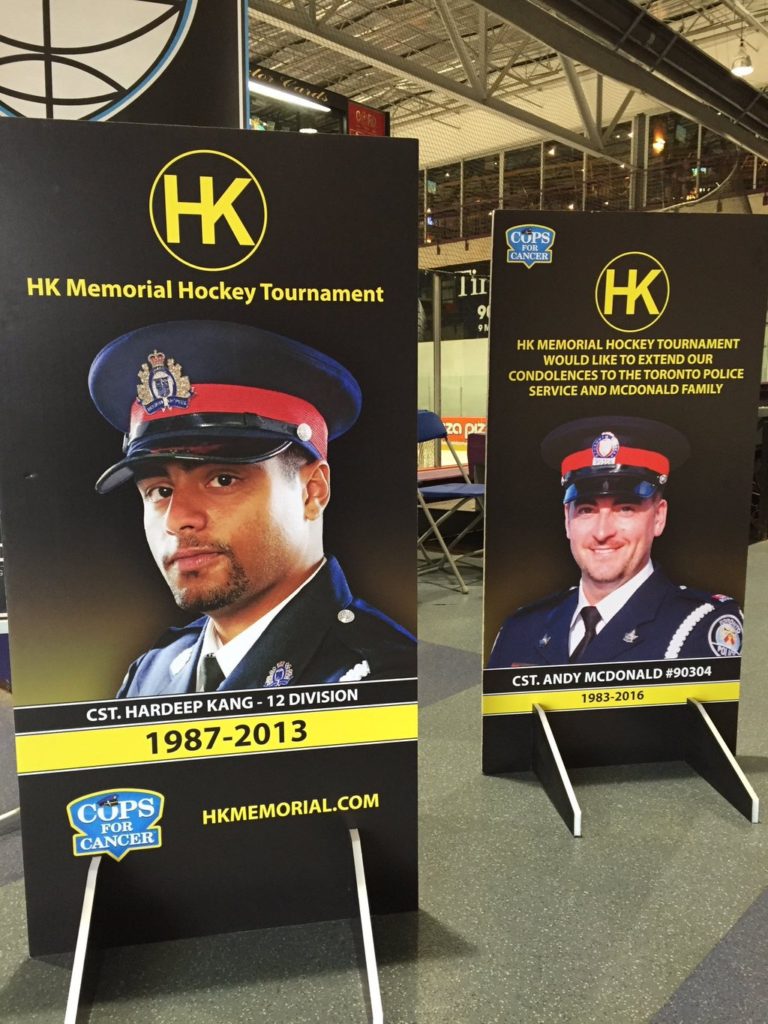